St Peter’s church is currently hosting a powerful exhibition about the Srebrencia massacre, which took place in July 1995 during the Bosnian conflict.  Over 8,000 men and boys were massacred by Serbian forces near the town of Srebrencia, in Bosnia-Herzegovina, and many thousands of women and girls were raped.  Each year the Remembering Srebrenica charity commemorates the massacre; this was the worst atrocity in Europe since the Second World War, and is now seen as an act of genocide. 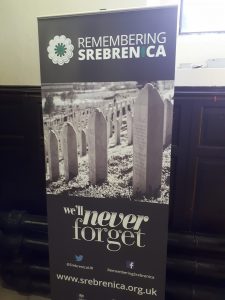 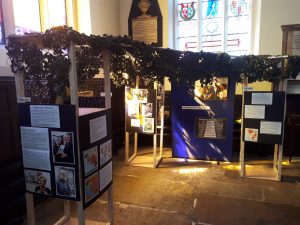